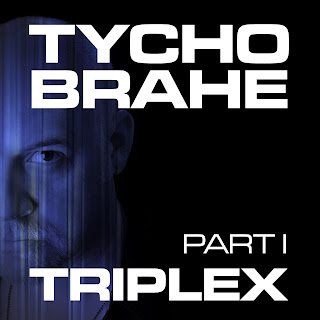 We here at Tycho Central are very excited to be able to finally announce the Triplex series of EPs!

Triplex Part 1 is the first in a three part series from Tycho Brahe, and picks up where the 2006 album Atlantic left off. This 4 song digital download release is available right now from CD Baby, with mp3 and FLAC files included in the purchase price of only US$3.50

Over the next few days Triplex Part 1 will also appear on iTunes and Amazon, and will eventually become available on other digital platforms such as Spotify and Last.fm. Triplex Part 2 and Triplex Part 3 are scheduled for release during 2014.