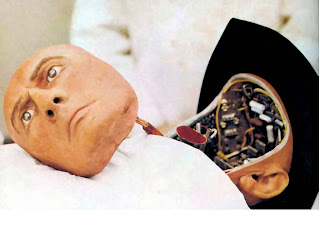 It would appear that someone, I would not know who, has got their hands on the rear projection footage that Francis did for "Delos" at Transcom's Bernard Sumner event a couple of years ago. They've re-edited it a little, and married it up with the 'XX50 Rejoined' version of Delos from the Avarice CD single.

Of course, we here at Tycho Central would never sanction such a thing, as it is comprised solely of footage from the uber-classic sci-fi techno-thriller movie, Westworld, and we don't exactly have the rights to that.

Having said that, give it a look. It's a way cool movie, set in the futuristic resort "Delos", where "nothing can go wrong" - except for the unstoppable psychopathic robot gunslinger Yul Brynner! Penned by the late Michael Crichton (famously responsible for Jurassic Park), this movie gave the instrumental song a name and identity.

Click here or on the photo to see it: http://www.youtube.com/watch?v=v_UaPEHDvYc 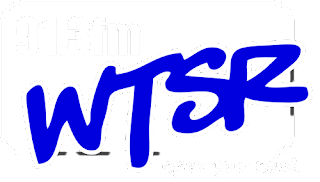 Tycho has recently been receiving some airplay on US college radio station WTSR FM in Trenton, New Jersey.

Every Tuesday between 4pm and 8pm the long-running show Transmission Control features electronic alternative music: synthpop, electropop, darkwave, industrial, EBM, and everything in between.

If my calculations are correct, that would be between 6am and 10am on Thursday, Eastern Standard Time, in Australia. The station also streams on the electric interweb and can be heard here: http://wtsr.org/