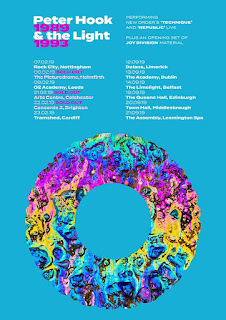 Despite outward appearances, it has been a very busy 2019 so far at Tycho Central. There has been a second Tycho Brahe remix completed for US artist Syne (info will be posted here when it is released), some audio restoration work for Boxcar, and some tweaks to some audio for Machinations.

This of course follows on from a frenetic 2018 completing backing track work for the mighty Peter Hook & The Light, who are currently touring the UK with their Technique and Republic tour, with a heap of North American dates also announced for later this year. We are hoping very much to be able to catch some of those shows and hear first hand how the backing track work sounds through a massive PA with the full band recreating these two classic New Order albums!

We also plan to return to work on our next Tycho Brahe album as soon as time allows... but in the meantime, be sure to "Like" our Facebook page to catch all the latest info such as our somewhat dubious Christmas video :-)