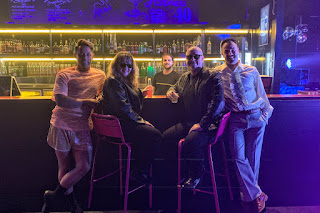 One of the projects that has been on the go over the past few months at Tycho Central is the score for Claire Marshall's dance film, "Love Song". Tycho Brahe features across the soundtrack, and an EP of music from and inspired by the film has been completed and will be released in association with the film, with the overall film score credited to Tycho Sound Design. This has been an incredibly fun, liberating, and inspiring project to work on, and a privilege to work with Claire on this. Click on the photo to see the first trailer, featuring the short piece "Tension" by Tycho Brahe.