news from the studio + schmoozing with tycho update 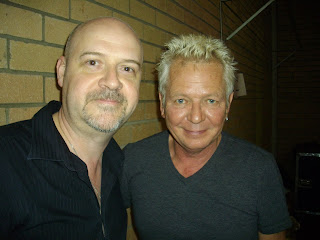 There have been signs of life in the newly established Tycho studio - details can be found over on the Tycho Brahe Facebook page.

There has also been a fairly extensive update to the Schmoozing With Tycho photo album, including Iva Davies (left), New Order, Machinations and Psyche.

Also, a long lost recording which was being worked on as part of the Human League "Rebound" remix project has been posted on Soundcloud. Nothing too exciting, but probably interesting to Human League fans.